IOWA CITY — When ESPN released its first Football Power Index (FPI) ratings for the 2022 college season on Thursday, a lot of folks howled that Nebraska was given the highest probability of any team (at 29.2%) to win the Big Ten West.

A program that hasn’t won more than five games in a season since 2016 doesn’t have the recent track record to suggest such a jump. But here’s why the metrics like Nebraska. Last year, the Huskers averaged 6.44 yards per offensive snap (18th out of 130 FBS teams) and yielded a respectable 5.30 per play on defense (41st nationally). By comparison, West-winning Iowa averaged fewer yards per play (4.67) than it allowed (4.72). Yet the Huskers went 3-9 overall, 1-8 in the Big Ten.

One of the biggest things that metrics miss is the importance of hidden yardage (and points) on special teams. Frankly, the Cornhuskers have, too, under Scott Frost. After repeated failures in that area over four seasons, Frost has finally seen the light and for the first time will have one of his 10 assistant coaches at Nebraska dedicated solely to special teams.

By contrast, one of Kirk Ferentz’s first moves in 2018 when the NCAA expanded coaching staffs to 10 full-time assistants was making LeVar Woods a full-time special-teams coordinator. It’s worked out beautifully. Woods made an NFL career out of his prowess on special teams, and now he’s immersed himself into every aspect of the job — from a journey to Australia to find the ideal punter to understand the art of field-goal holds to a growing notebook of creative fake punts/kicks.

Special teams are an annual strength for the Hawkeyes, and Woods — the definition of a players’ coach — deserves a ton of credit for that.

Likewise, Woods credits Ferentz for emphasizing the importance of special teams, dating to his first season in 1999 (when Woods was a Hawkeye player). College football’s longest-tenured active coach dedicates tons of practice time to special teams. And at Iowa, those units are often elite.

A huge special-teams moments flipped each of Iowa’s final two regular-season games in 2021 — a Charlie Jones 100-yard kick return vs. Illinois and Henry Marchese’s blocked punt for a Kyler Fisher touchdown at Nebraska. Without those plays, the Hawkeyes don’t rally to a West Division title.

Hence, there are always a ton of interested Hawkeyes to make their mark in this area.

“We’re on the right track with the culture, the mindset of where the players at,” Woods said during a 30-minute news conference this week on special teams. “Now comes the opportunity.”

Tory Taylor was a rookie 20 months ago. Now he’s the old man.

The Hawkeyes’ strong and affable punter will turn 25 in July and is being asked to lead Woods’ special-teams room. While that’s not something Taylor was expecting, his charm and humor makes him a popular voice on the team.

One of the things that amazed him after coming to Iowa from Australia in the summer of 2020 was the toxicity of some fans on social media or in the stands. He spoke about that topic a lot this week and emphasized his approach within the team to be kind and loving toward others.

“I mean, yeah, it’s really not that hard to be nice, is it?” Taylor said. “That’s just who I am, and that’s not just saying it to the camera. I think I’m pretty easy-going. Don’t really take too much seriously. Life’s too short. It kind of cracks me up when all the Iowa fans get upset after a loss.”

Taylor made a lot of Hawkeye fans happy by returning for his junior season after averaging 46.1 yards per punter as a sophomore (topping his mark of 44.1 as a freshman, when he was the Big Ten punter of the year). It wouldn’t be a surprise if this is his last year at Iowa; he’s got an NFL leg already. Taylor notes that his goal from him as a junior is “minimizing the gap between my good and bad balls. I only kicked the one touchback in my freshman year; last year, I think I had 13 or 14. (It was 13.) That’s something I need to clean up. That really just comes back to me trying to be a little too cute.”

Could Cooper DeJean be Iowa’s next holder?

Woods dropped that possibility Wednesday, something that offers intrigue with Iowa’s willingness to call fake punts or field goals. The sophomore-to-be was an incredible quarterback in high school, but few know that he was also his team’s holder … and very good at it.

While DeJean’s regular position at Iowa is defensive back (he is working at safety this spring), he is among three candidates to hold for field goals and PATs in the fall.

“He has a unique ability with the ball in his hands. I think that’s part of that position. That’s a position people don’t think about,” Woods said. “Everyone blames the kicker for a missed kick, but if you go and watch and look closely, it’s either off the spot or the tilt is not what he wants or what he expected when he strikes the ball.”

The Hawkeyes will miss Ryan Gersonde as their holder. He was beloved by previous kickers Keith Duncan (a 2019 consensus all-American) and Caleb Shudak (a 2021 third-team AP all-American). That’s why Woods spent a good eight minutes of his press conference dissecting the art of holding and the importance of a consistent long snapper (where sophomore Luke Elkin returns).

It’s most likely that Taylor will be Iowa’s next holder; backup punter Nick Phelps is also a candidate. If DeJean wins the job, it would be because of his holding ability, not because of his athleticism.

“It starts with holding the ball and putting it through the uprights. That’s what the field-goal unit is on the field for,” Woods said. “If he’s the best option for that, then that’s the way we go.”

Who will be Iowa’s next kicker?

On Tuesday, as player interviews were wrapping up, Shudak was booming field goals for NFL scouts inside Iowa’s indoor facility. Powerful, long kicks and right down the middle — high on the net — every time.

“Caleb is an NFL kicker,” Woods said. “Whoever gets this guy is going to be lucky as all get-out to have him.”

So, while it’s unfair to expect any of Iowa’s three placekicker candidates to be as good as Shudak — who connected on 24 of 28 field goals last season, including 11 makes of 40-plus yards — it’s good to know what to expect. Woods said the trio of Lucas Amaya (junior), Aaron Blom (sophomore) or Drew Stevens (true freshman) is too close to call and that the competition would go into August. They’re probably on pace with where Shudak was as a freshman or sophomore. While Shudak didn’t win the job back then, he was a promising kicker who closely pushed Duncan and Miguel Recinos.

That’s a good way of saying these kickers have the potential to be key weapons for the Hawkeyes, but they’re not there yet. The mental side of kicking is a big factor. Woods said he’s never seen two more confident kickers under pressure than Duncan (who made a Big Ten-record 29 field goals in 2019) or Shudak.

“Those guys were phenomenal at it,” he said. “It takes a long time. It takes reps, it takes confidence to get to that point. That’s what we are working on.”

Charlie Jones was the league’s return specialist of the year in 2021, then gave the Hawkeyes a nice gift when he chose to exercise his option as a sixth-year senior. So, no question, Jones will be the leader in Iowa’s return game, especially on punts. Jones’ sometimes-daring approach is an area Iowa embraces, even as other teams are often more comfortable signaling for a fair catch.

Finding yardage edges on special teams is the Iowa way.

“Charlie gives us a chance to score anytime he has the ball in his hands,” Woods said.

“There are more names than we’ve had in the past,” Woods said. “Part of that speaks to the culture here and how coach Ferentz runs this program.”

The return game will be an area of ​​special teams that will get more practice time in fall camp. For now, the primary focus is on the field goal and punt units. 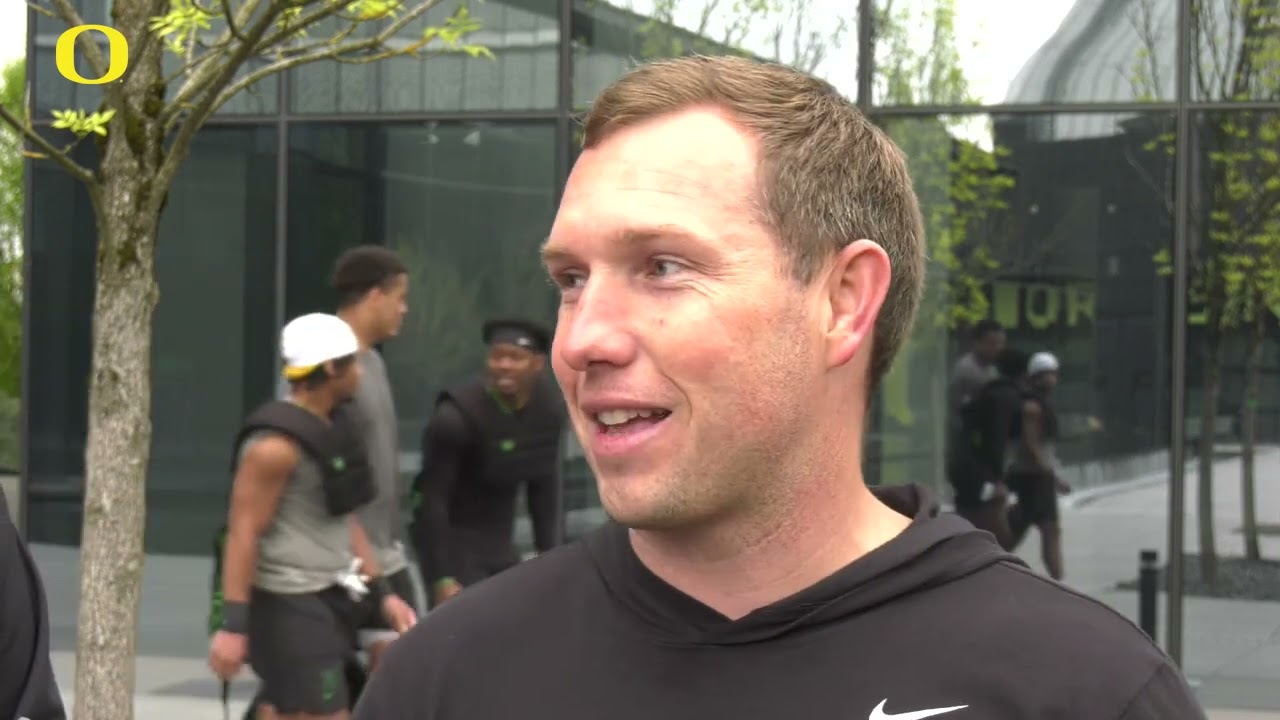 Celtics vs. Nets: Jayson Tatum, all-world defense have separated Boston as the team to beat in the East