The latest Wonderlands update, version 1.0.1.0G, will be bringing in a huge number of nerfs and buffs for balancing reasons. The biggest ones are for some renowned Legendary guns such as Liquid Cooling and Ruby’s Spite:

On the plus side, Sniper Rifles and Poison SMGs are getting a huge buff.

New gear such as the Quadbow and Thunder Anima are being added as World Drops now, along with new Customization drops. Certain spells like Magic Barrage and charging spells are getting an upgrade and makeover mechanics-wise:

Arken’s Arc Torrent spell calls down a lightning bolt on enemies. We’ve adjusted how the damage and radius scaling for the spell works in its individual channeling stages.

Class-wise, the Clawbringer’s Awe passive is getting a nerf: 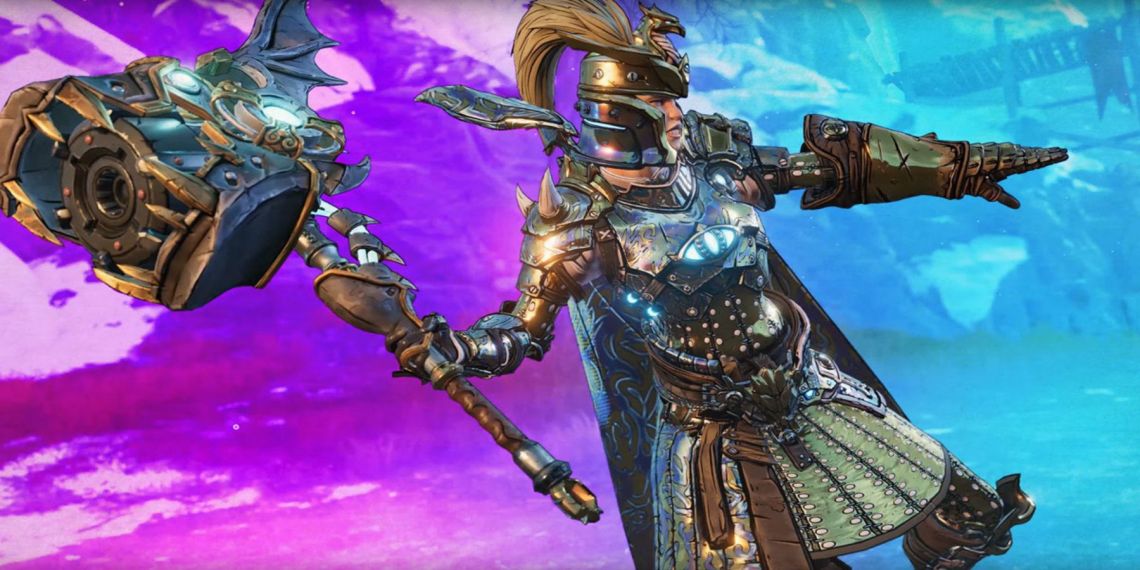 Backstory Hero Points are also getting changed up. While you cannot change them after you pick one at the start of the game, these changes will still be applied to your existing characters:

Other changes and additions include a new Chaos Chamber Featured Run featuring the Banshee and Da King as confirmed bosses, as well as Chaos Chamber secret bosses getting increased chance for their dedicated drops alongside The Maker. And for this week from now until 21st April 9am PT, random encounters in the Overworld will drop more loot and Moon Orbs. I’m not a fan of most of the gun changes, but I’m glad that the Buffmeister spell isn’t getting touched for now and that the White Rider SMG is still ace thanks to the new damage scaling.

Check out the rest of the patch notes below for the full skinny:

We recolored the loot beam and outline to a better yellow color so they wouldn’t get confused with the Purple Epic Gear. The Lost Loot Machine will no longer confuse them with Epic gear, either! The item card has now been switched to match Common item cards. The audio cue for their drop is no longer the same as Epic gear. iPhone Users Got Alerts About Strangers’ AirTags. The Trackers Were Never Found. 5 mistakes everyone makes with LG OLED TVs, and how to fix them