Duke will present honorary degrees to four prominent individuals during the 2022 commencement ceremony on May 8, whose fields of expertise range from rocket science to agriculture.

A native of Las Cruces, New Mexico, Acevedo is an acclaimed entrepreneur, rocket scientist and education advocate. She currently serves on the Board of Directors of Qualcomm, a semiconductor and wireless technology company. Previously, she was Chief Executive Officer of Girl Scouts and chair of former US President Barack Obama’s White House Initiative for Educational Excellence for Hispanics in early childhood leadership.

Acevedo also planned on earning a Doctorate in Engineering after earning her master’s degree, before she immersed herself in technology during the early days of Silicon Valley, according to Acevedo.

Acevedo described receiving the Duke Honorary Doctorate of Science as “incredibly meaningful,” particularly “after a career of being one of the first in many ways.”

She has been recognized for many awards, including the US Hispanic Chamber of Commerce Businesswoman of the Year in 2004 and the Global Entrepreneurship Monitor National Entrepreneur of the Year Award in 2006.

Brown is the founder and Chief Visionary Officer of Impossible Foods, which produces plant-based substitutes of meat and dairy products in hopes of curbing animal agriculture’s harmful environmental impacts. He is also co-founder of Lyrical Foods, a producer of plant-based cheeses, yogurts and dips.

Prior to founding Impossible Foods, Brown received his Bachelor of Arts, medical degree and doctorate in biochemistry from the University of Chicago. He then served as a Howard Hughes Medical Institute investigator and professor of biochemistry at Stanford University. While at Stanford, I have led a research team to develop DNA microarrays and additional methods for visualizing, interpreting and analyzing global gene expression programs. Brown also pioneered the use of gene expression patterns to classify cancers and their course predictions.

Brown has been recognized as a member of the National Academy of Sciences and Institute of Medicine and a recipient of the American Cancer Society Medal of Honor.

Catena, Medical School ’92, is a distinguished surgeon, veteran, Catholic missionary and humanitarian. He serves as the medical director of the Mother of Mercy Hospital in the war-torn region of Sudan’s Nuba Mountains. As the only surgeon in the region, Catena provides crucial healthcare to over 1 million people despite increased risks of embargo on humanitarian supplies, withdrawal of other non-governmental organizations and air raid attacks. He also serves as the inaugural chair of the Aurora Humanitarian Initiative.

Catena received his undergraduate degree in mechanical engineering from Brown University, where he played football and was named an All-American nose guard. Catena then attended the Duke School of Medicine on a US Navy scholarship and served as a flight surgeon for the US Navy for four years.

Catena’s work has been recognized by US universities and international organizations alike. He has received honorary doctorates from Brown University and Yerevan State Medical University and was named as one of the 100 most influential people by TIME Magazine in 2015. In 2017, Catena received the Aurora Prize of Awakening Humanity, and in 2019, he received the Gerson L’Chaim Prize for Outstanding Christian Medical Mission Service.

Adesina is a global leader in agriculture, development finance and food security. He serves as president of the African Development Bank Group and previously served as Nigeria’s Minister of Agriculture and Rural Development. His extensive career also includes his work as the associate director of Food Security at the Rockefeller Foundation, principal economist for the International Institute of Tropical Agriculture and president of the African Association of Agricultural Economists.

His work in implementing bold policy reforms and new agricultural investment programs has expanded opportunities for the private sector. It has also guided agriculture into becoming a business rather than a development program.

In 2017, Adesina received the World Food Prize and the Gene White Lifetime Achievement Award for Child Nutrition. In 2019, he was honored with the Sunhak Peace Prize for his work in agricultural innovation to promote food security in Africa. More recently, Adesina was conferred an honorary doctorate degree by the Federal University of Technology Minna in Nigeria.

Brown, Catena and Adesina did not respond to requests for comment.

Get The Chronicle straight to your inbox

Sign up for our weekly newsletter. Cancel at any time. 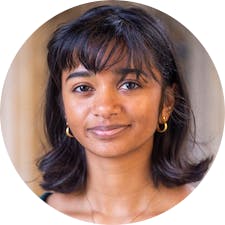 Preetha Ramachandran is a Trinity junior and senior editor of The Chronicle’s 117th volume.

Amy Guan is a Pratt sophomore and an associate news editor of The Chronicle’s 117th volume. Physician-led teams are the secret to safe, efficient and more affordable health care