Luka Dončić being guarded by the opponent’s best defender is like the springtime wind beating us down daily in Dallas.

It’s a fact of life.

The Mavericks’ point guard has had to deal with elite defensive players his whole life. But it’s a little different, he said Saturday, when it’s Mikal Bridges, who he expects to see a lot of in the Western Conference semifinals series against Phoenix that starts Monday in the Valley of the Sun.

The Suns’ swingman is regarded as one of the best man-on-man defenders in the NBA. I have finished second in this season’s defensive player of the year voting for Boston’s Marcus Smart.

“They have Bridges,” Dončić said. “I know he’s going to be on me. He’s the best, in the top two guards, him and Smart. But it’s really tough against him. His defense of him is amazing. It really impresses me. But then on the offensive end, he improved so much that he’s a really amazing player.”

Luka may or may not be guarding Bridges on the other end of the court, but there is no doubt that Bridges will be on Luka – with the possible exception of when Jae Crowder checks Dončić.

The Suns are a unique team in that they have two similarly sized players who can match up physically with Dončić.

It’s going to be a battle.

And Luka has the utmost respect for both players and he’s also aware that the basketball IQ of Bridges is going to make this matchup much different than the three games he played against Utah in the first round – when he had Royce O’Neale on him a lot.

“He has strong hands, that’s one part,” Dončić said. “But I think he’s smart on the defensive end. He knows where to attack the ball, where to go for a blocked shot, really smart on defense.”

And that’s what Luka and Maverick fans have to look forward to seeing for the next couple weeks.

The Suns didn’t have the best record in the NBA this season – by far, at 62-20 – by accident. They were among the best in the league at both ends of the court. They have Chris Paul, which is a great starting point. And Deandre Ayton, the No. 1 pick in the same draft that Luka was taken third, has become one of the most versatile centers in the NBA.

But on the defensive end, Bridges and Crowder are the starting point.

After Luka talked about the Suns’ defense, he fielded an assortment of questions from reporters on Saturday afternoon, the highlights of which are here:

Question: So how do you feel about going against the Phoenix Suns in the conference semifinals?

Luke: “It’s going to be tough. They’re the No. 1 team in the NBA. They were at the end of last year. So it’s going to be tough for us. We’re going to have to play a great game to beat them, almost a perfect game. We need to follow the game plan and play hard.

Question: Back in Slovenia at the news conference to announce your contract signing, you made a strong reference to chemistry with the Slovenian national team. Have you guys done that to some extent with this team?

Luke: “Oh, I think it’s very close. You can see it on the court, and off the court. I think our chemistry is way better now than at the start of the season. I think we’re really together.”

Question: How has your relationship with coach Jason Kidd helped keep you away from technical fouls in the playoffs?

Luke: “Just keeping me calm is the most important thing. And I was too tired to complain (in Utah). He just helps me stay calm. If he sees something, he’s going to talk to the refs. And that’s it. Just keep me calm.”

Question: On if his calf is a problem and if he can play as many minutes as needed?

Luke: “No problem (on the calf). Yeah, I think so. The last game, I was tired, but the long timeouts help. In the playoffs, I like them.”

Question: What did you think about the job New Orleans did in taking Phoenix to six games in the first round?

Luke: “They did a great job. They were fighting and playing hard. We got to play hard. If you don’t play hard in the playoffs, you’re going to lose the game. Our energy has got to be high and we got to play like we played the second half of the last game.”

Question: What did you learn from the Utah series?

Luke: “It was hard. Every series is hard. It’s the playoffs. You have a lot of great players and it’s really hard to win, especially in Utah, because it’s so loud. It’s hard to win. But we learned from that.

“I think Phoenix is ​​a better team. But we got a game plan to attack their defenders and then space out. I think they play differently offensively and defensively. And it’s going to be really tough.”

Question: On his three games on the bench with a strained left hamstring and being on the cheer team with Theo Pinson and Tim Hardaway Jr.?

Luke: “It was good, but still, I wish I was playing. But it was good. Those two, they give us energy, support us from the bench, the whole bench has been pretty amazing.” 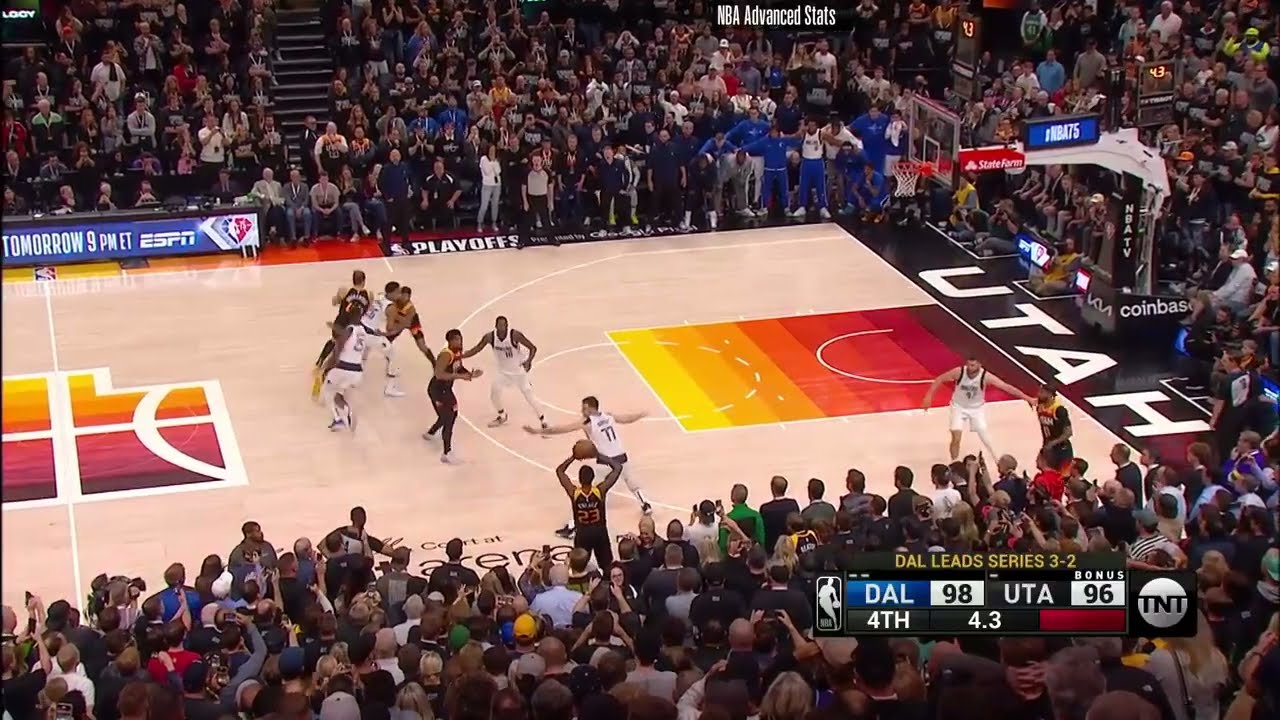